Donations Needed to Help BHA protect the boundary and please  Sign the petition!

The Barwon Heads Town Settlement Boundary is again under threat from future Development.  Despite an intense process over more than 10 years to protect  the western boundary, which has endorsement by the City of Greater Geelong C375 Structural Plan, the Planning Minister Richard Wynne MP has failed to act on key recommendations following the release of the Draft Bellarine Distinctive Areas Landscape Report.

This draft Statement of Planning proposes to apply permanent settlement boundaries around all Bellarine Peninsular towns and has received overwhelming community support. Instead of accepting the community’s wishes, the State Planning Minister for Victoria has buckled under Developer Pressure.

The ministers apparent support for developers over the community is in contradiction of the governments own promises to the local Bellarine Minister Lisa Neville and the City of Greater Geelong.  The State Government has publicly committed to protecting the unique environmental and landscape qualities of the whole Bellarine Peninsular and Bellarine towns from further outward urban sprawl.

We expect the Government to honour their promise and protect the Barwon Heads boundary from all development in accordance with amendment C375 of the COGG Planning Scheme. 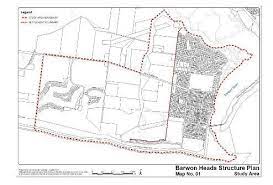